FREE SHIPPING & RETURNS ON ALL UK ORDERS OVER £200

The Alan Paine brand was established in the historic market town of Godalming in Surrey, England in 1907. Wool and knitting industries were important sources of income in the area over a number of centuries. Evidence of this survives in the town’s emblem - a woolsack - which is still in official use today and was included in the Alan Paine crest through the years. 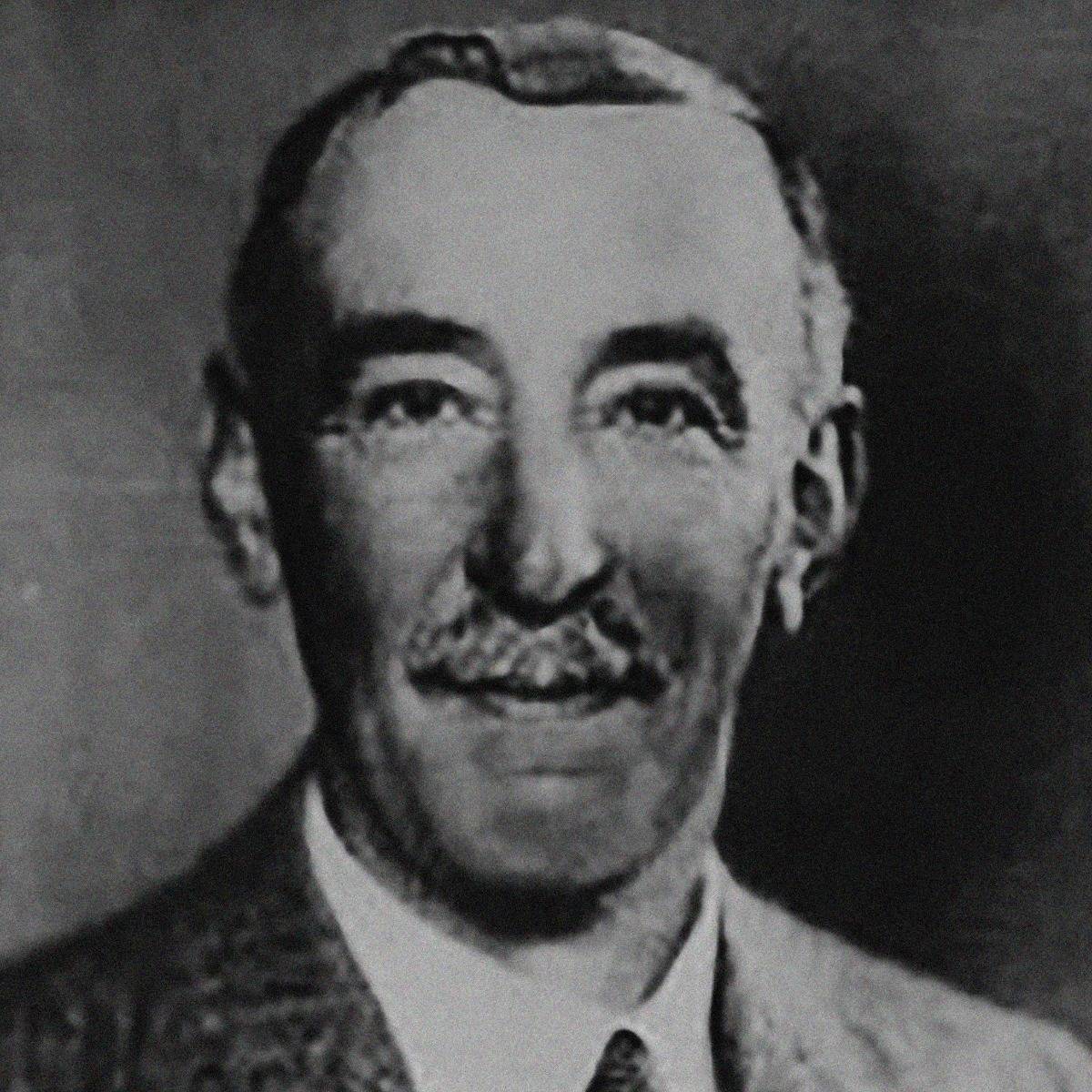 When William Paine founded our famous knitwear brand he originally named it Paines of Godalming. William discovered some knitting machines in an old warehouse behind the shop, taught himself and others to knit, and began to manufacture knitted garments, arguably developing the first cable knit sweaters. 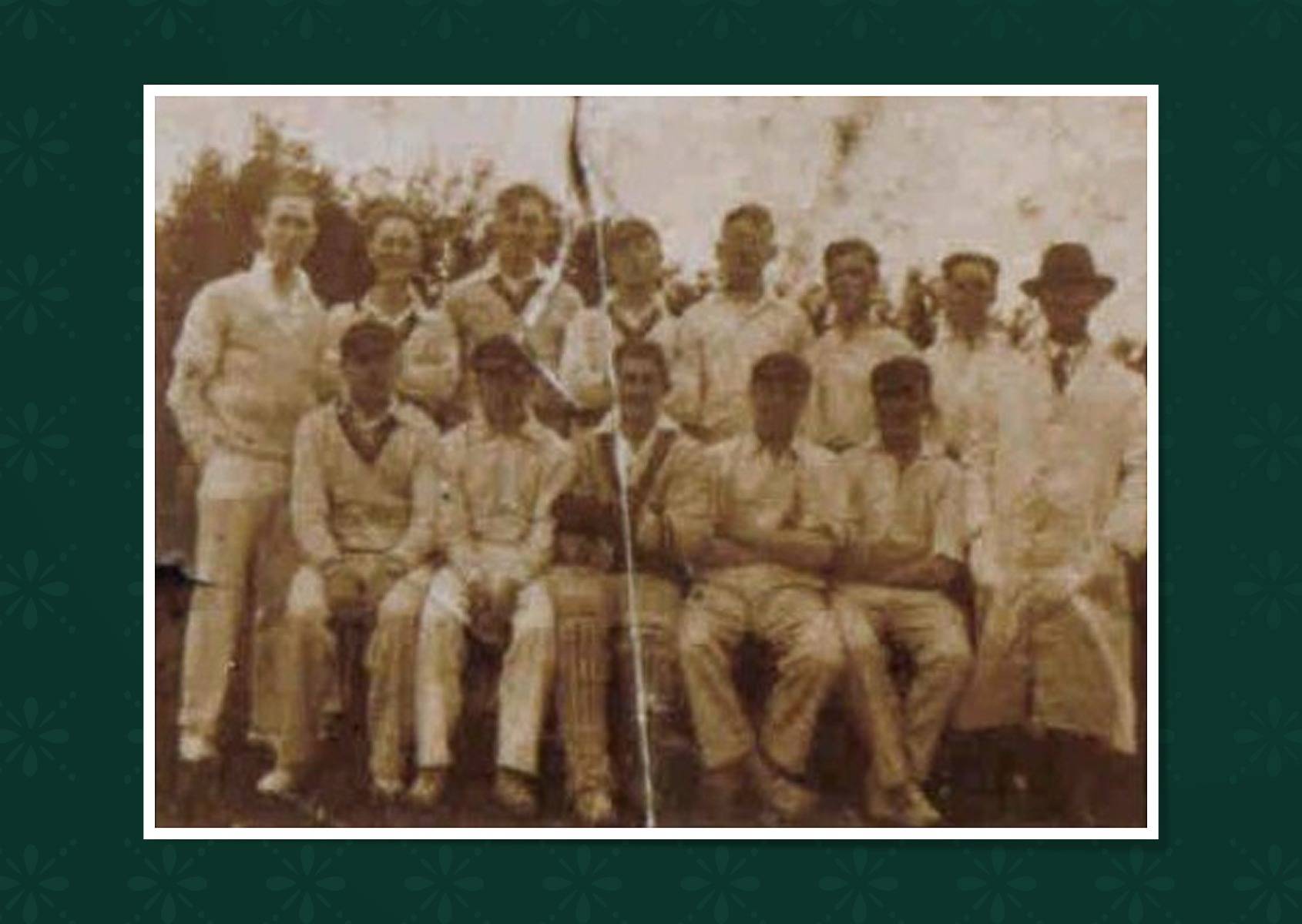 By 1920 the business had grown to include supplying speciality shops - principally by adding the Club Colour Trim to a plain cable sweater. 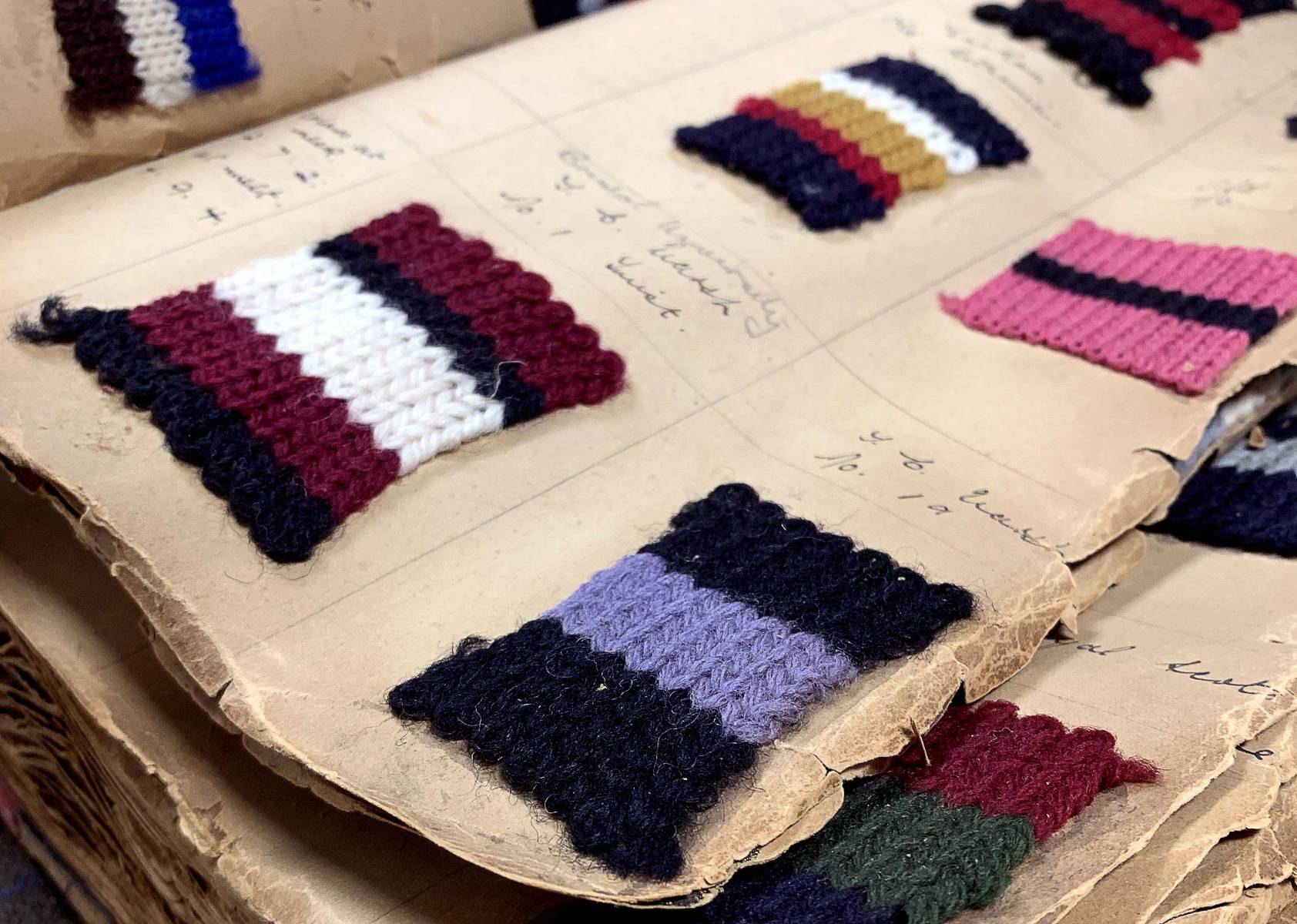 The swatch book held a swatch of wool for each client that could be used to create a sweater in the required club, school or regimental colours. 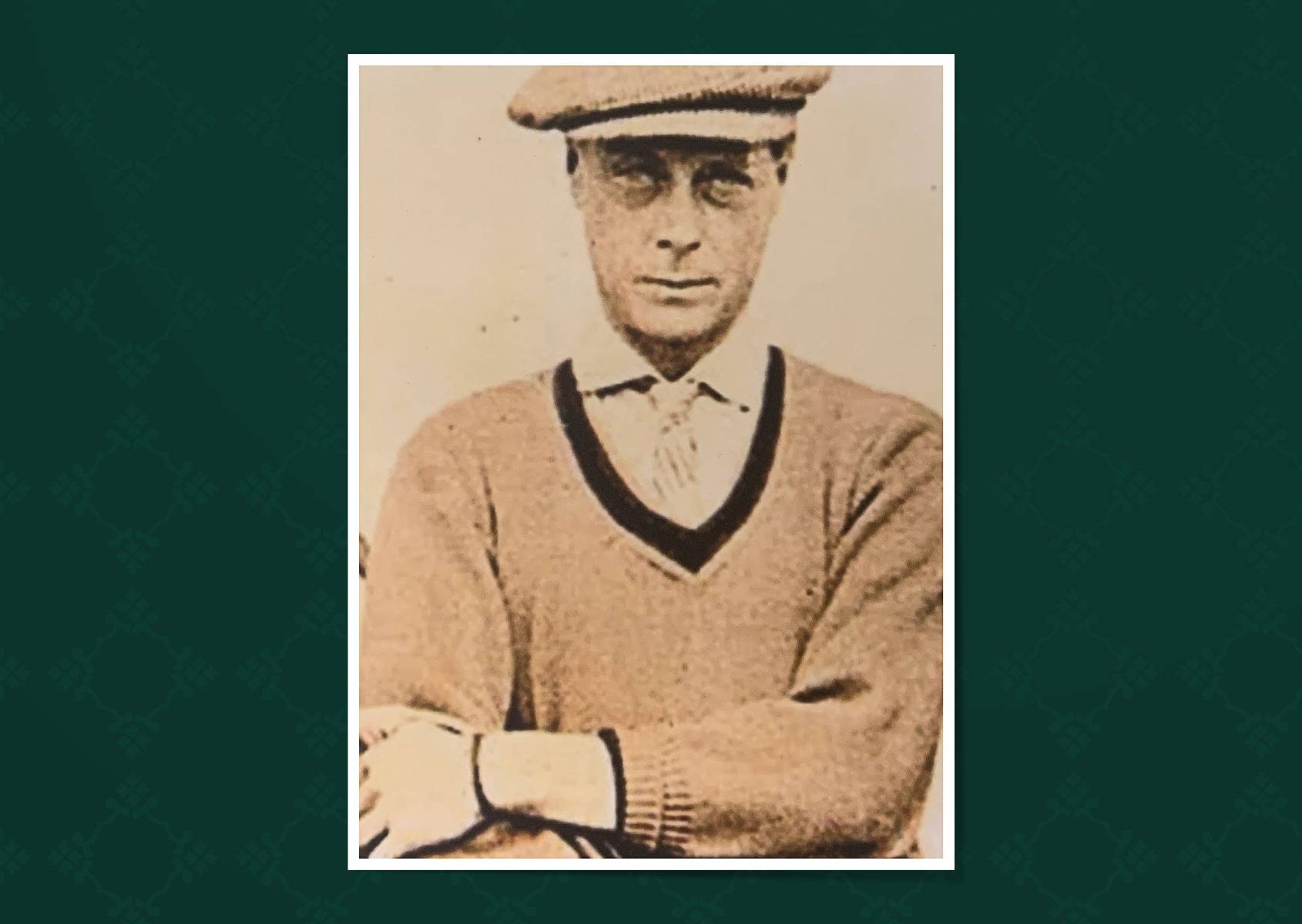 Cable-knit sweaters were increasing in popularity at this time. It was in this decade that Alan Paine's most famous unofficial patron, the Prince of Wales (later to become Edward VIII) ordered his own personalised sweaters, finished in his regimental colours. 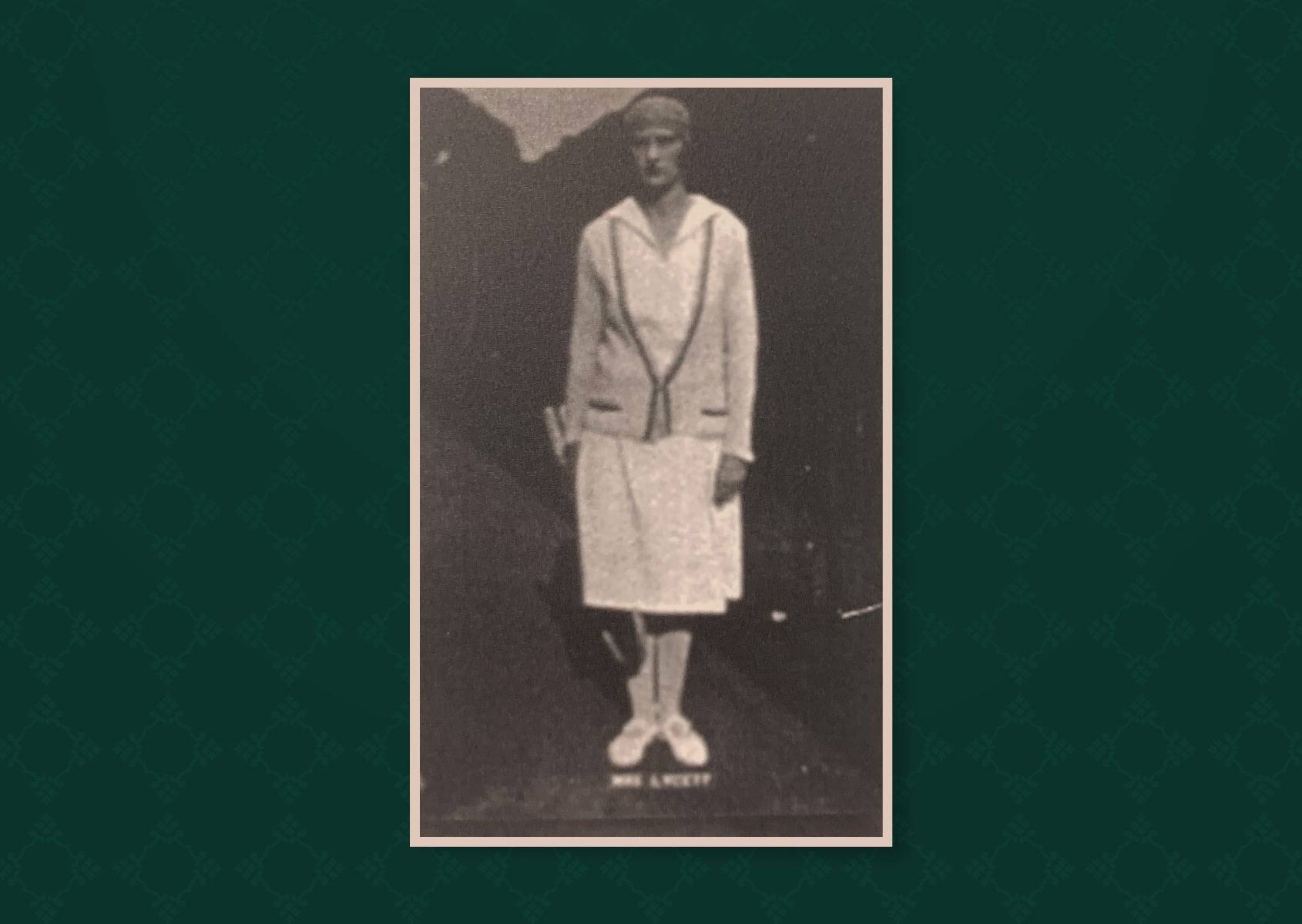 British women's tennis player Joan Lycett is sporting an Alan Paine cardigan in this photo. She was the first woman to play at Wimbledon without stockings. 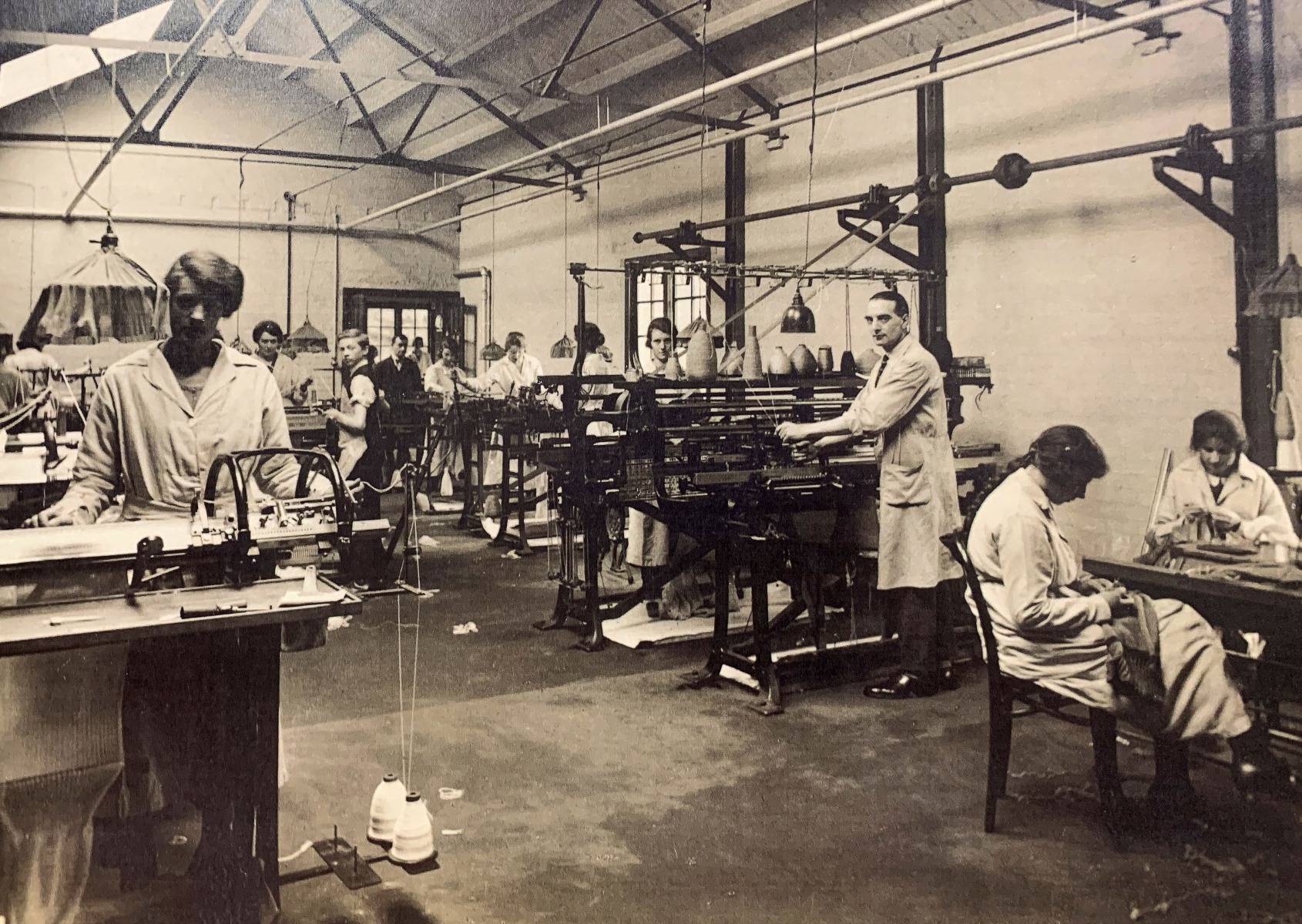 Growth of the Workforce

By 1940, Paines had gained such an unrivalled reputation for the quality of its workmanship that the company was commissioned to make woollen sweaters for Britain's armed forces, particularly the Navy. By 1942, the Alan Paine workforce had grown to 400 staff members in Godalming and 200 in Wales. 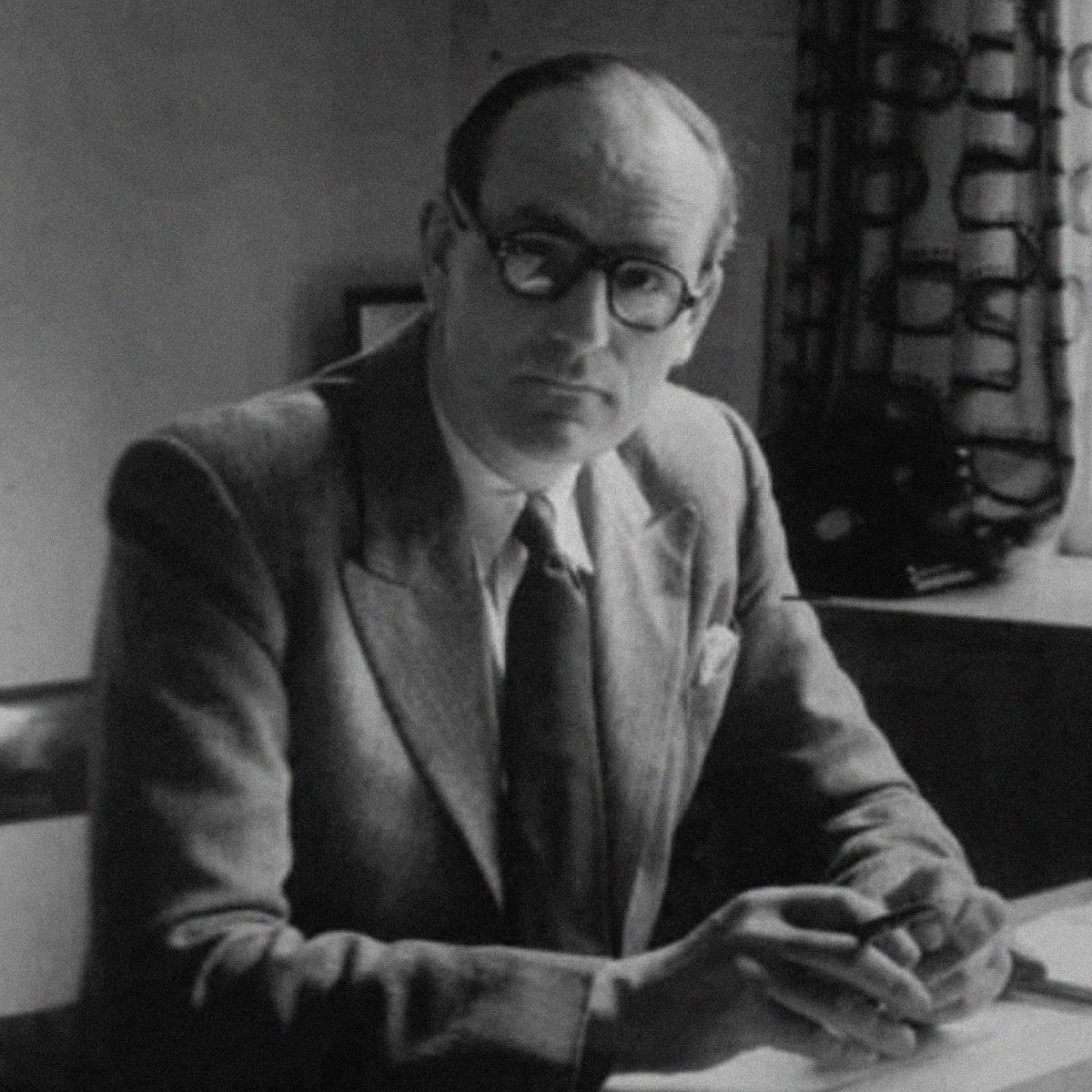 Who Is Alan Paine?

Alan Paine was born to parents William and Jessie in 1907. Having worked as an apprentice in a Leicester factory, when he was 18 Alan joined the family business, taking the helm of the company when William died in 1949.

This was a turning point for the business and marked the beginning of the expansion to the United States and a company name change to Alan Paine.

By the end of the sixties, Alan’s sons Richard and Nigel had joined him in the business. 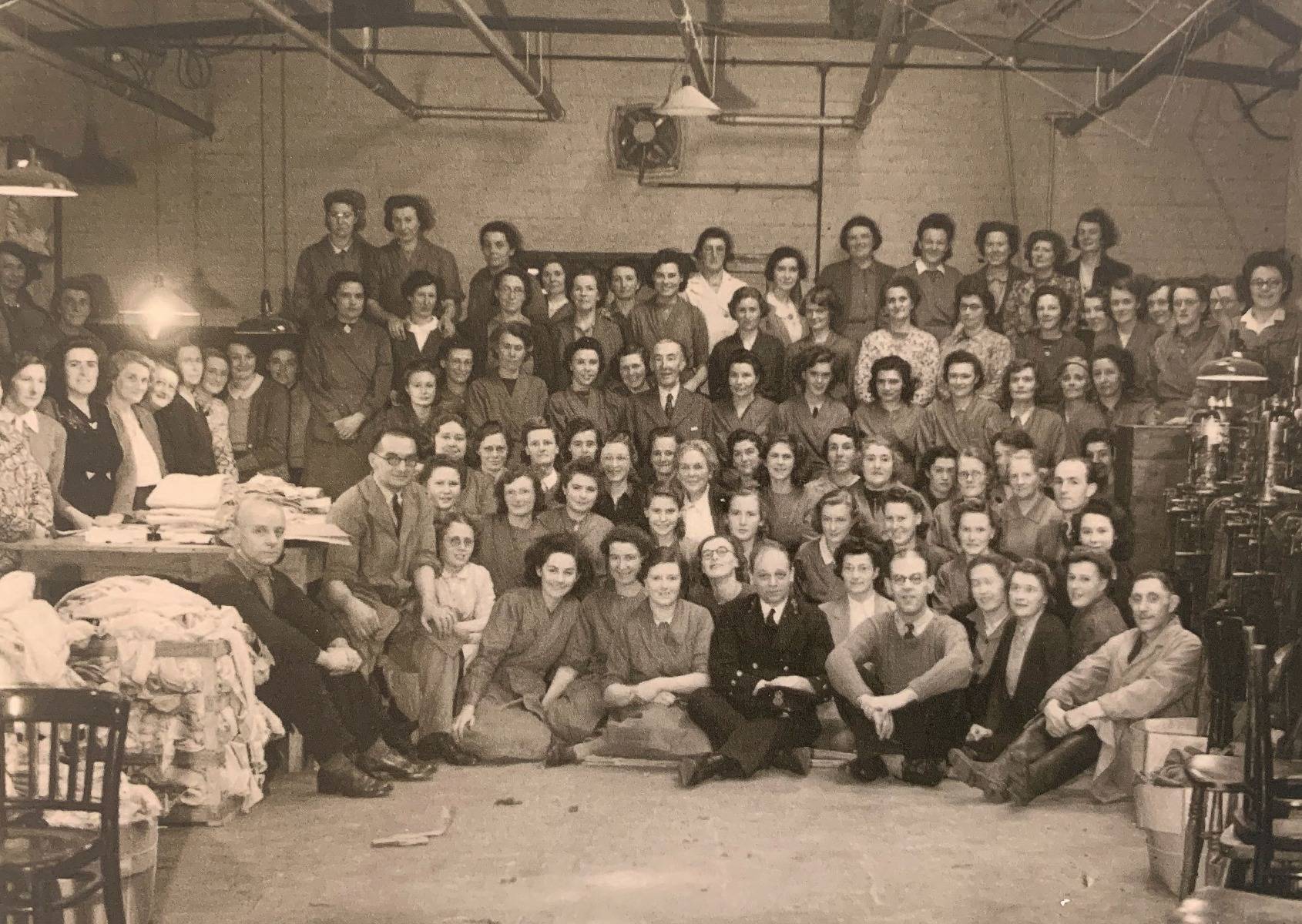 Throughout the 1950's and 1960's, Alan Paine searched for new sales opportunities whilst investing in new machinery and training of his highly skilled knitters and sewers. He reinvigorated the business and embarked on a new era of expansion and growth. 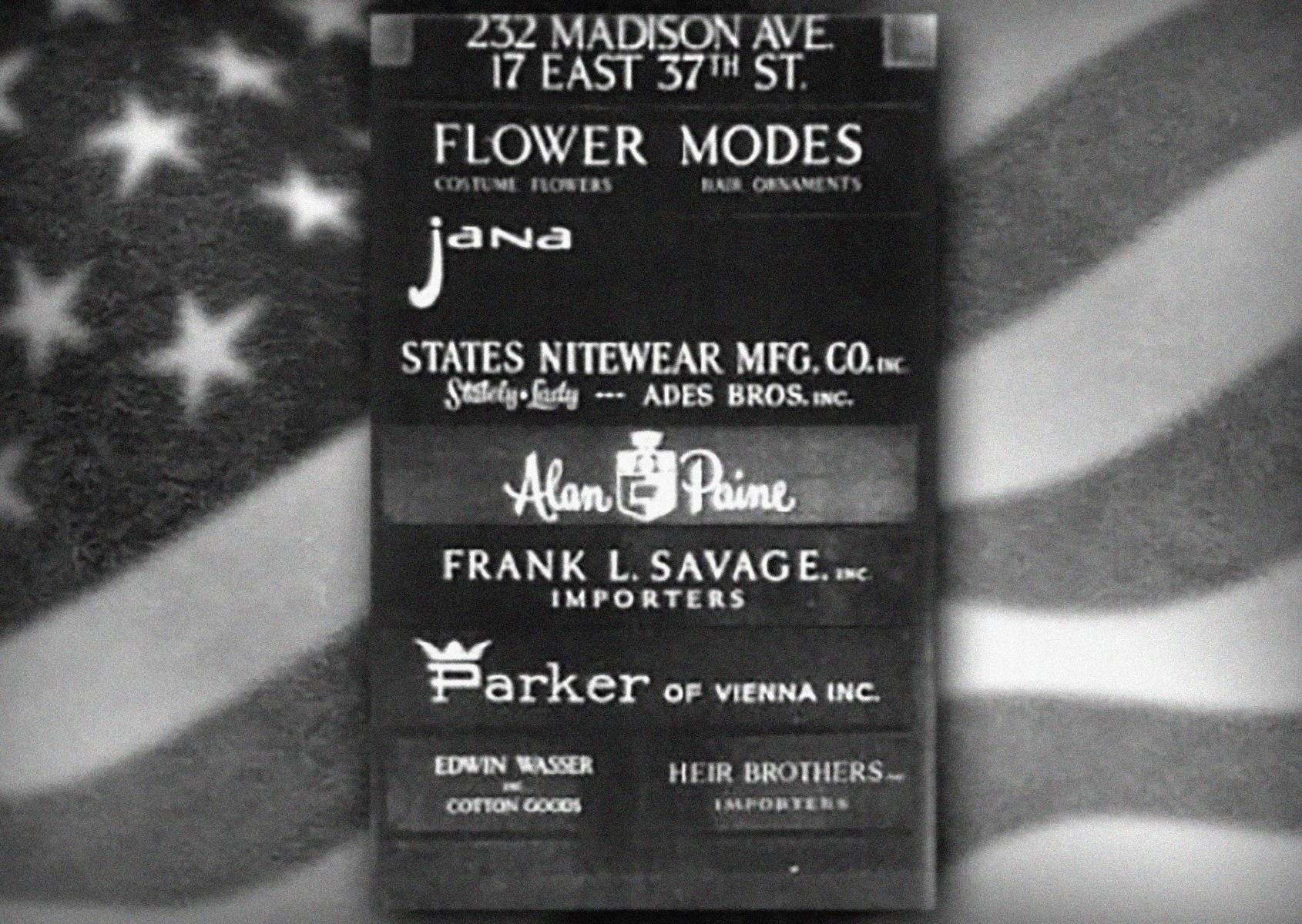 Frank L. Savage was appointed US representative, a turning point and a relationship that spanned four decades. Due to the success of the US business Savage reportedly recommended the brand change from ‘W.F. Paine of Godalming’ to ‘Alan Paine’ on the basis that Americans found Godalming difficult to pronounce. 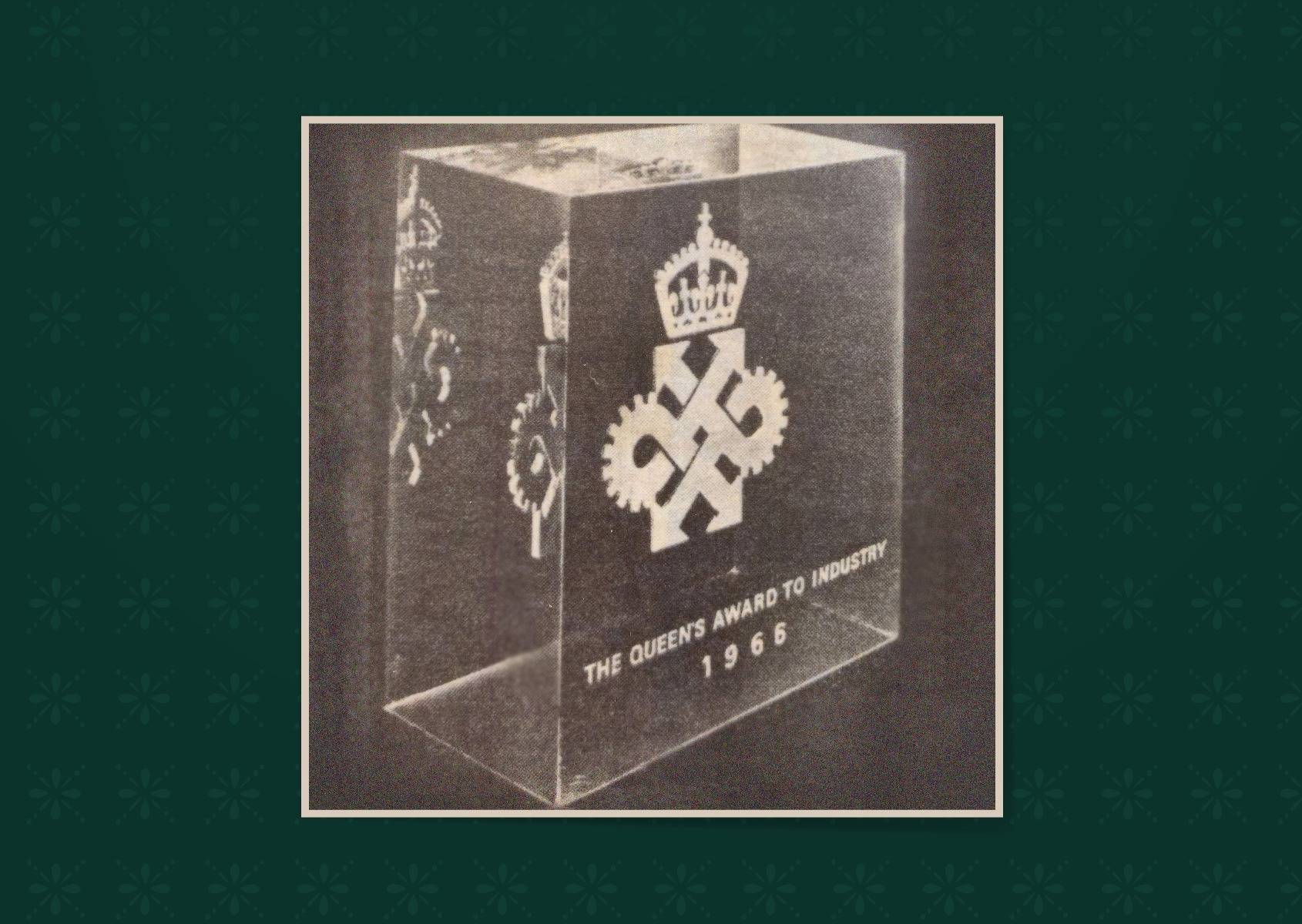 In 1970 the company was further honoured with its second Queen's Award for Outstanding Export Achievement. In 1973 Paine's were asked by the Worshipful Company of Woolmen to knit two vicuna sweaters as a wedding present for Princess Anne and Captain Mark Philips. 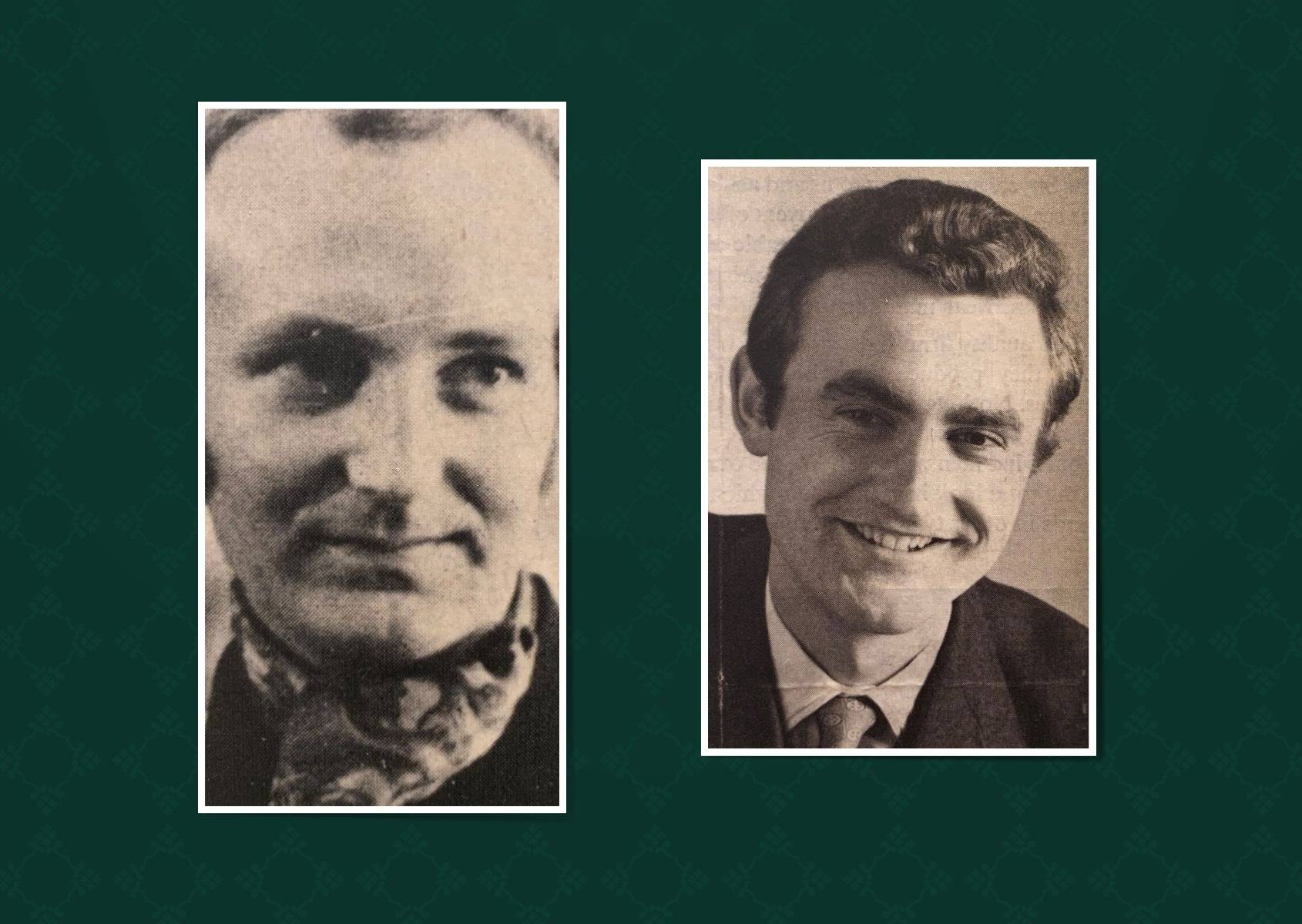 In 1976 Alan's eldest son Richard was appointed Managing Director. His youngest son Nigel played a significant part in developing the North American market until his retirement in 2010. 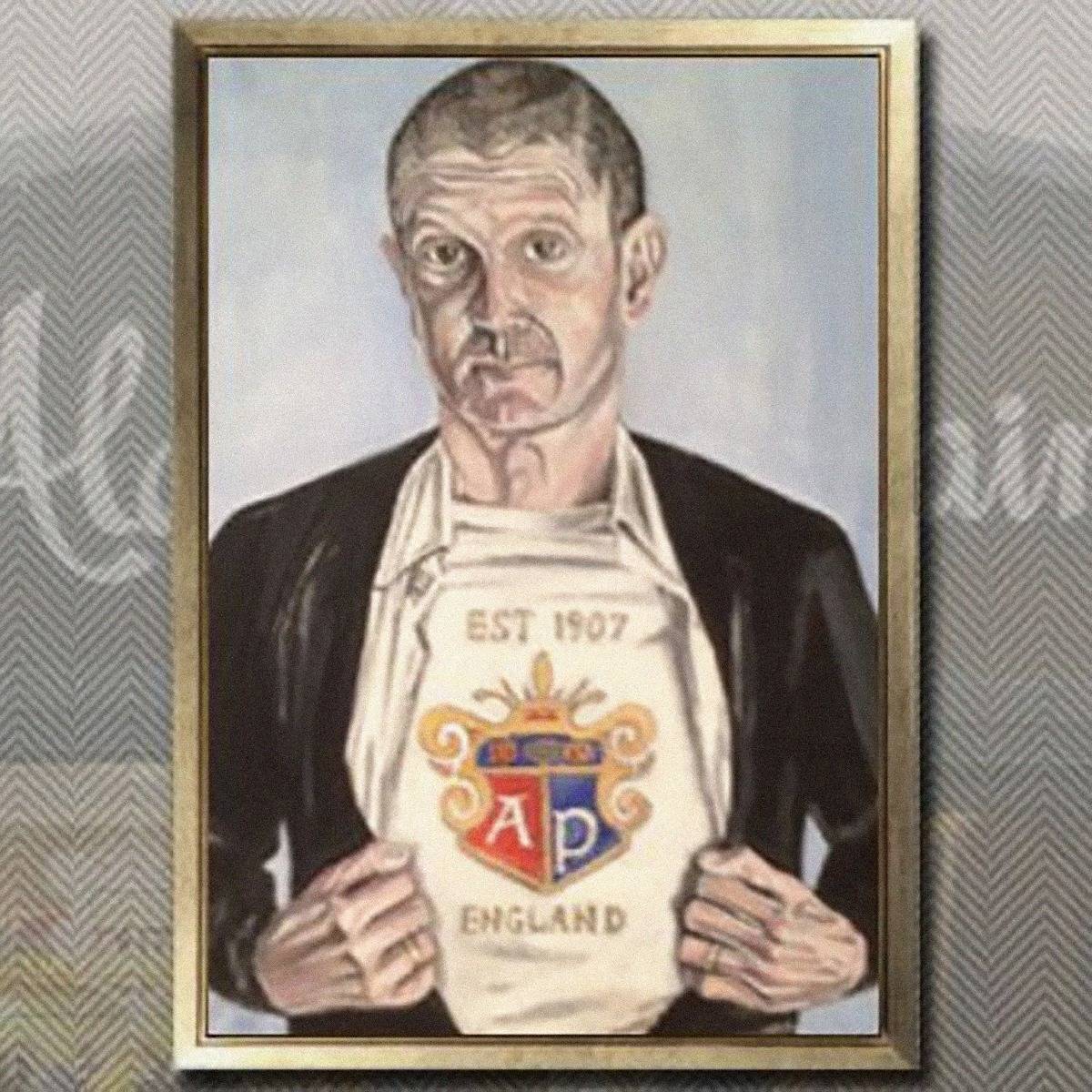 The company passed through several different owners in the 1990's before being purchased in 2006 by James Hinton, the present owner. James joined the company as a sales representative in 1986 progressing through the ranks to London and European Sales Manager then, in 2000, Sales Director and Managing Director in 2003. Following the purchase by James Hinton, Alan Paine had returned to its roots and was once again in family ownership. 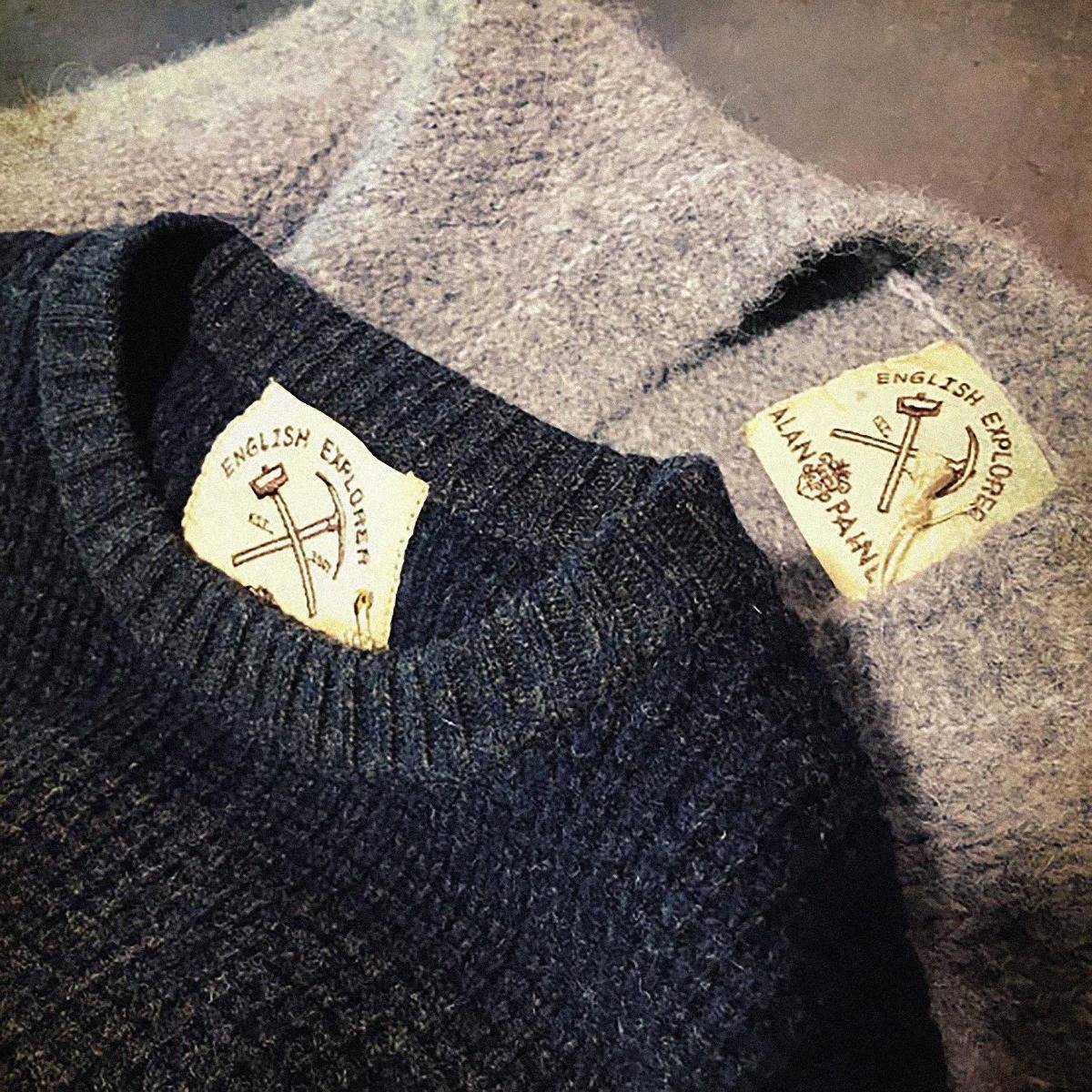 
"Why do you want to climb Mount Everest?"
"Because It's There."

Alan Paine has also created a succesful English Explorer collection of contemporary knitwear and outerwear inspired by the company's connection with the eminent English mountaineer George Mallory. Mallory lived in Godalming and taught at Charterhouse. He died in 1924, attempting to reach the summit of Everest. When his frozen body was discovered in 1999, various items of clothing were recovered and one item bore the label W.F. Paine, 72 High Street, Godalming. 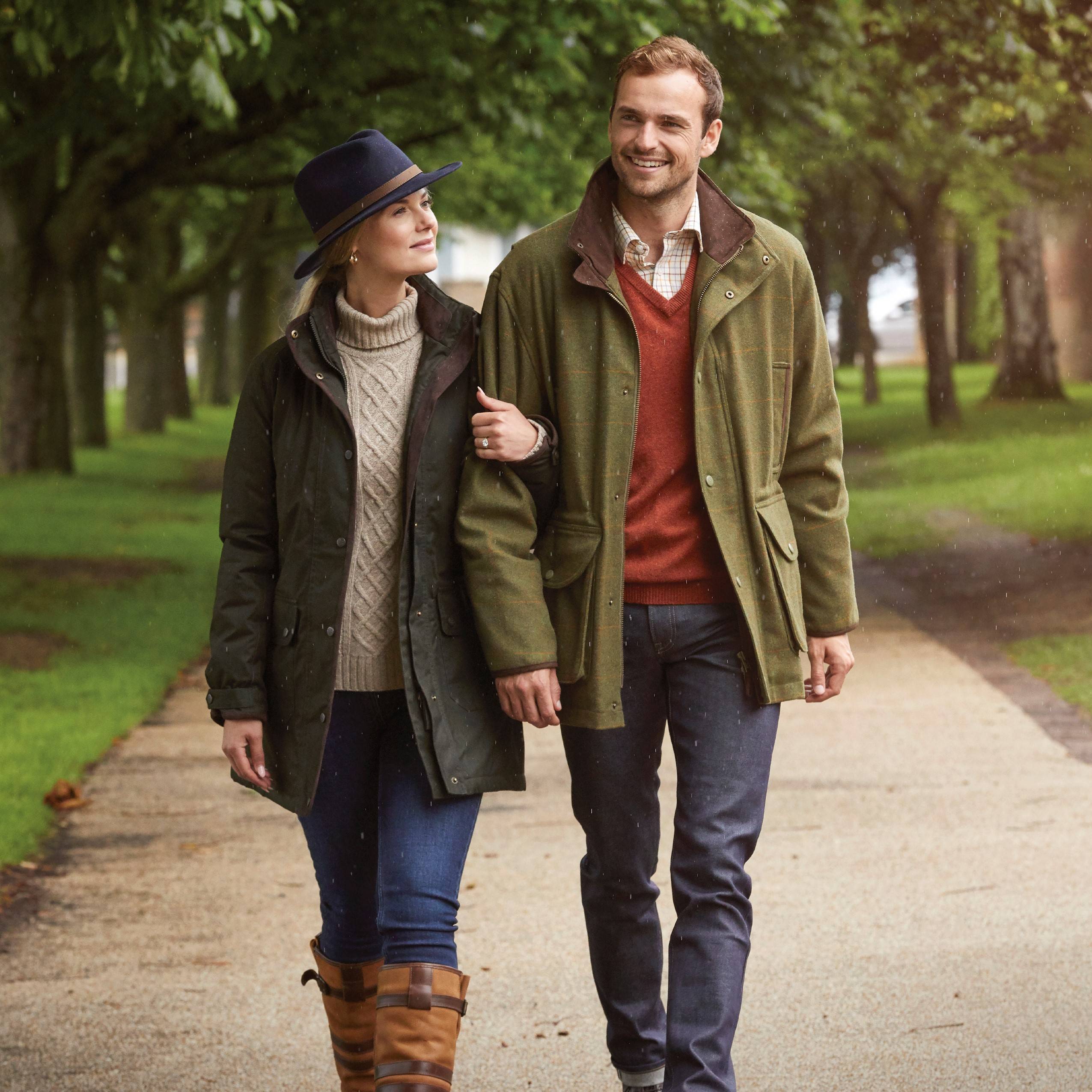 
WELCOME TO OUR COUNTRY